We are pleased to announce four new Rack Press titles for September 2022 marking our return to post-Covid normality. They can be ordered now from this site post free using the Paypal buttons in the side column or from any bookshop.

The exciting line-up is:

Exposed Staircase by Will Eaves

Shreds and Patches by David Ricks

A Conversation with George Seferis by Michael Vince 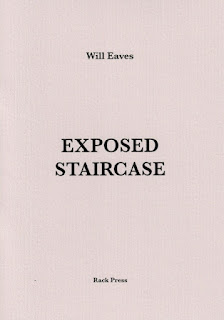 Will Eaves is a novelist, poet and musician. He has been Arts Editor of the TLS (1997–2011) and Associate Professor in the English department at the University of Warwick. In 2020, his novel Murmur won the Wellcome Book Prize and the Republic of Consciousness Prize for Fiction.

“Poetry is a pleaching of language into its most original, convincing and economic shape. Will Eaves has such technical magic at every moment in this collection. Whether semi-concealed narrative, allegorical landscape or literary annotation, each poem in Sound Houses is a pleasure and a satisfaction to encounter.” – Peter Porter on Sound Houses (2011 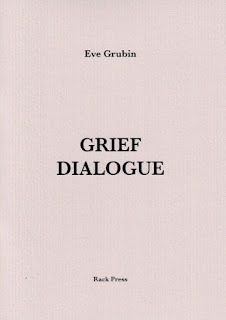 “These are tender imagistic poems that owe an avowed debt to Emily Dickinson but which also, and more unusually, marry intimate observation with an interest in Jewish heritage and scriptural authority.” 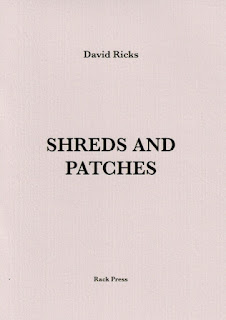 David Ricks taught at King’s College London for more than thirty years and has written on most of the modern Greek poets who matter. His poems have appeared in a range of magazines including Poetry and New England Review.

This is his first collection. 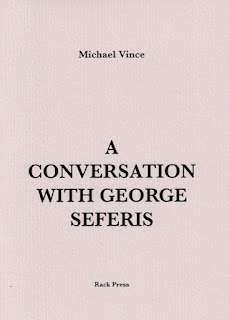 Michael Vince writes: “This is a sequence interrupted, which has a postscript. It is a conversation with the poems of Seferis, rather than with the poet himself, who died in 1971. The poems are as much about me as about him.   It was written in 1992 when I was still living in Greece. The postscript occurs during a visit to Skyros, by which time I had returned to live in London.”

Some of the titles are taken from poems by Seferis, some poems refer to or invent parts of his experience, or refer to his poems – particularly to the sequence Mythistorema, and the poem Thrush. The poems are not what Seferis would have called “a contribution to criticism”.