I will be talking to Jean Moorcroft Wilson, author of a new biography of Edward Thomas, at an event at the London Review Bookshop on 17th June.

I leave you with a quotation from his fragment of autobiography The Childhood of Edward Thomas (1938) where he describes himself as “a citizen’s son of London in the ‘eighties of the nineteenth century".  Reading that book and the biography one realises how much this great celebrant of the English and Welsh countryside was a child of the south London suburbs (and explicitly saw himself as such). 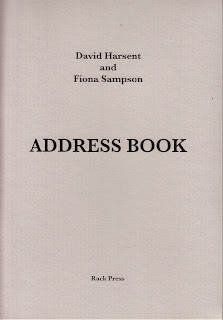 An interview with Rack Press

We are interviewed here by the blog Strange Alliances
Posted by Rack Press at 16:27 No comments: