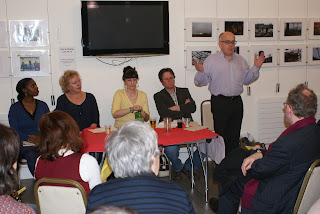 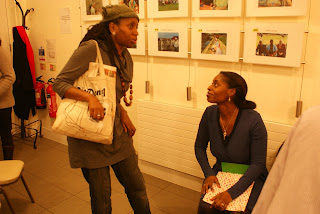 We are thrilled that Denise Saul's House of Blue from Rack Press has received a recommendation from the Poetry Book Society in its pamphlet category for Spring 2012.  Copies are still available so order now while stocks last!

Denise is seen here seated at the right of the picture at January's Bloomsbury launch of this season's new pamphlets.
Posted by Rack Press at 11:27 No comments: