A New Pamphlet by Nicholas Murray 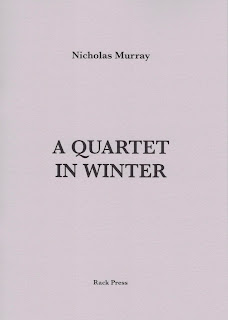 Our last pamphlet of 2020, which has been our 15th anniversary year, is A Quartet in Winter by Nicholas Murray published on 1st December.

In the fourth of a series of formal verse satires that began in 2011 with Get Real! and which included Trench Feet (2014) and A Dog’s Brexit (Melos, 2017) Nicholas Murray evokes the Welsh Marches in early winter, when “frost lays its dust-sheet on the Radnor Hills”, contemplating, in rustic confinement in a pandemic, a world of “smirking kleptocrats on giant screens”, and the fate of the Earth “we treat so roughly”.

Nicholas Murray is a poet and literary biographer living in Powys. His most recent full-length poetry collection, The Yellow Wheelbarrow, was published in 2019 by the Melos Press.

In The Manchester Review Ian Pople praised: “...the quiet rhythmic pulse with underpins all Murray’s poems. That assured rhythmic control is often allied with a closely observational sense in Murray’s writing”.

You can order the new pamphlet here (see side panel) post free at £5. 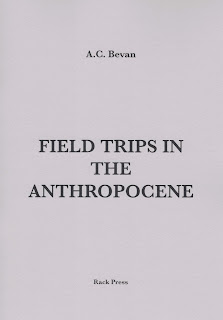 We were very pleased to see that A.C. Bevan’s pamphlet Field Trips in the Anthropocene is well reviewed in the latest issue of PN Review (No 256) as well as in the new issue of Stand. You can order it here (post-free, same day dispatch) and also other pamphlets published with it this year: Fiona Larkin’s A Dovetail of Breath, Stephen Capus’ 24 Hours and Elinor Wyn Reynolds’ Your Careful Heart/Dy Galon Ofalus [in Welsh and English]. You might like to try a set of all four, each individually signed by the author, for £15, a saving of £5.
Posted by Rack Press at 08:50 No comments: