A great night at the Horseshoe at Clerkenwell last night with a rich and varied sextet of poets (Martina Evans, Nicholas Murray, Cliff Forshaw, Róisín Tierney, Luke Heeley and Liz Berry). The Horseshoe is turning into a very atmospheric poetry venue and we will be back next year!

We are getting very excited about next week's Autumn Poetry Reading in Clerkenwell:

The poets reading will be:

Martina Evans is a poet and novelist. Her collection Facing the Public (2009) was a TLS Book of the Year and received the Piero Ciampi International Poetry Prize in 2011. Rack Press brought out her pamphlet Oh Bart earlier this year.  A book-length prose poem, Petrol was recipient of a Grants for the Arts Award and was published by Anvil Press in September 2012.

Nicholas Murray’s most recent collection is Acapulco: New and Selected Poems  (Melos) and he runs the Welsh poetry pamphlet imprint Rack Press which was shortlisted this year for the Michael Marks Award for poetry pamphlet publisher of the year.  His previous collections include Get Real!  a verse satire on the coalition Government and The Narrators – both from Rack Press.

Cliff Forshaw lives in Hull where he teaches at the university. His collections include Trans (Collective Press, Wales, 2005), and the chapbooks Wake (Flarestack, 2010) and Tiger (HappenStance, 2011); Vandemonian, is due from Arc in 2012. He has held residencies in Romania, Tasmania and California, twice been a Hawthornden Writing Fellow, and won the Welsh Academi John Tripp Award. He is also a painter and film-maker.

Róisín Tierney  is an Irish poet based in London.  She read as part of the Poetry Ireland Introduction Series in June 2008.  Her work has won many prizes and is published in several  pamphlets, the most recent being  The Art of Wiring (Ondt & Gracehoper, 2011) and Dream Endings (Rack Press, 2011).   Her first solo publication, Dream Endings (Rack Press), won this year’s  Michael Marks Pamphlet Award.

Luke Heeley grew up in Lincolnshire and now lives in south London. The winner of an Eric Gregory Award, his work has appeared in The Times Literary Supplement, The Wolf, The Rialto and the anthologies Ask for It by Name, The Art of Wiring and Psycho Poetica. He also won the 2011 Crashaw Prize for Poetry.  His debut collection Dust Sheet is due from from Salt Publishing in December.

Liz Berry was born in the Black Country and now lives in London where she works as an infant school teacher. She received an Eric Gregory Award in 2009 and her pamphlet The Patron Saint of Schoolgirls was published as the winner of the Tall-Lighthouse prize in 2010. Liz won first prize in this year’s Poetry London Competition. www.lizberrypoetry.co.uk

Three Rack Press poets, Róisín Tierney, Martina Evans, and Denise Saul gave a warmly received reading last night in Soho at the Society Club, reading from their Rack Press pamphlets and from newer work in progress.  It was a great evening. 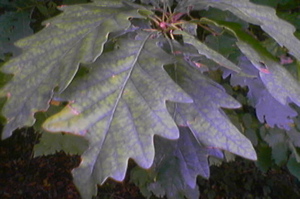 Three Rack Press poets will be reading on 6 November at a special poetry night at the Society Club from  6:30 – 8:30

The three poets will be Martina Evans, Denise Saul and Róisín Tierney, with introduction by poet and publisher of the Rack Press, Nicholas Murray.

The Society Club says: "Rack Press was established in 2005 and is based in Wales.  In 7 short years, Rack Press has established itself as an independent poetry publisher producing high-quality chapbooks of new voices as well as award-winning poets such as Christopher Reid.   Nominated for the 2012 Michael Marks Award for Best Poetry Pamphlet series, we celebrate their success with readings from three poets – all published earlier this year by Rack – along with publisher/poet Nicholas Murray."

Admission is free so get along there and meet the poets!