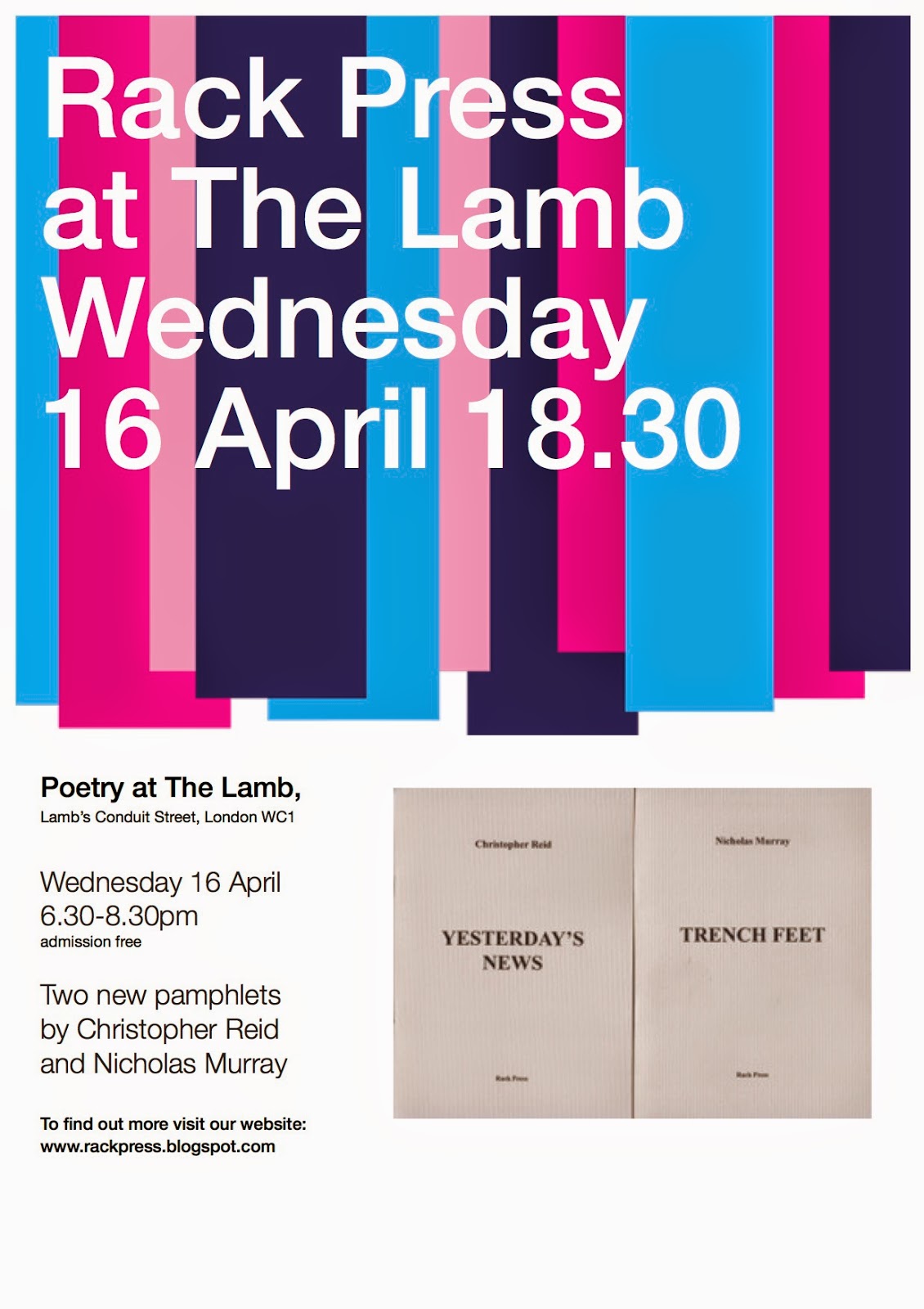 Two new titles from Rack Press are published this month and available now from this site or bookshops such as the London Review Bookshop and Five Leaves Bookshop in Nottingham.  They are launched at The Lamb in Bloomsbury on 16th April.  Come and join us!

Yesterday’s News by Christopher Reid is the result of an unusual and stimulating commission. Alain de Botton, who in the autumn of 2012 was at work on his book The News: A User’s Manual, asked Christopher Reid to supply him with poems – any number – in response to news items that had fired the poet’s imagination.

Reid continued until he had written what felt like ‘enough’: eleven poems addressing, among other topics common to daily journalism, war, politics, natural disaster, murder, scandal and death.

Different events elicited different approaches and treatments, and the small collection that accumulated between late October and the middle of December shows how the proverbial ephemerality of ‘yesterday’s news’ can be challenged and transformed by the disciplines of poetic art.

Trench Feet, by Nicholas Murray offers itself as comic relief for those surfeited with World War 1 media coverage.  In this topical satire the centenary of the Great War has arrived and bright, ambitious academic, Jeremy Button, is determined to turn it to his advantage with a TV series on the poets of the war.  But things do not go according to plan…

Following the success of Get Real!  his 2011 satire on the Coalition Government, Nicholas Murray’s new poem lampoons the clichés currently being trundled into position to ‘celebrate’ the centenary of the outbreak of War in 1914.

‘It is the wit that does the real damage in this bravura display of finely controlled outrage.’
Times Literary Supplement on Get Real!